Can You Get Cataracts At A Young Age?

Usually cataracts are synonymous with older age. And it is true. Most cataracts occur in your golden years. But not all…

But if you do develop a cataract, it isn't anything to necessarily worry about. Cataract surgery is very successful at removing the cataract and restoring your vision. But ideally, if you can prevent cataracts from developing earlier than they are supposed to, that's best way to go.

Are Cataracts At A Young Age Something To Worry About 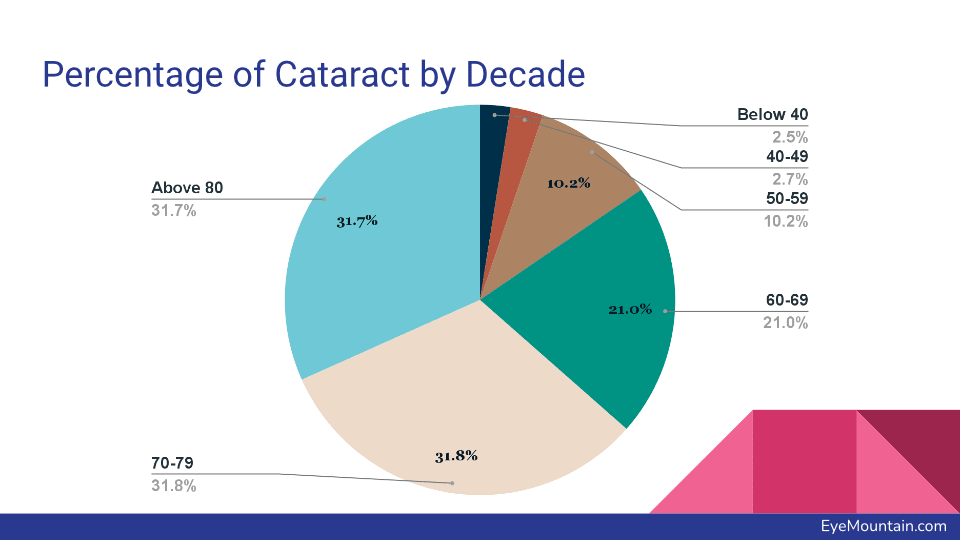 Odds are that you aren't going to get a cataract at a young age. But it is possible. And there are a few things which can increase the risk of you getting a cataract at any age.

Some Cataracts Have Known Causes

If something causes the cataract, then of course it can happen at any age. And there are a few things which are known to cause cataracts.

Some of these issues you just can't control for. Nobody wishes to get hit in the eye. Nobody wishes to need radiation treatment. But these conditions can happen and lead you to develop cataracts at an earlier age.

Beyond those known causes, there are also certain things which won't exactly cause a cataract but will increase your risk of developing a cataract over time and at an early age.

While you can't change your genetics, reducing your exposure to UV light and quitting smoking can help prevent the development of early cataracts

Some Cataracts Can Even Form in Children

So far we've been talking about early cataracts in younger adults. But cataracts can form at an even earlier age - during childhood. Infants can develop cataracts or develop them shortly after birth. These types of cataracts are known as congenital cataracts.

Congenital cataracts form slightly different from those found in adults. While in adults, cataracts result from the build-up of damage to the lens over time, in children, cataracts usually result as a defect in the structure of function of the lens. This can occur from a defective gene or from other developmental conditions. The lens doesn't form clear or just can't maintain its transparency.

There will always be some individuals who develop cataracts at a younger age. While this won't be the majority, certain medical conditions such as diabetes or injuries to the eyes can cause cataracts. In addition, there are certain things, such as genetics, which can increase your risk of developing a cataract.

Can You See During Cataract Surgery?

Here’s How To Get Rid Of Cataract Glare